A Look at the History of the Kansas Jayhawk | Framewoods Gallery 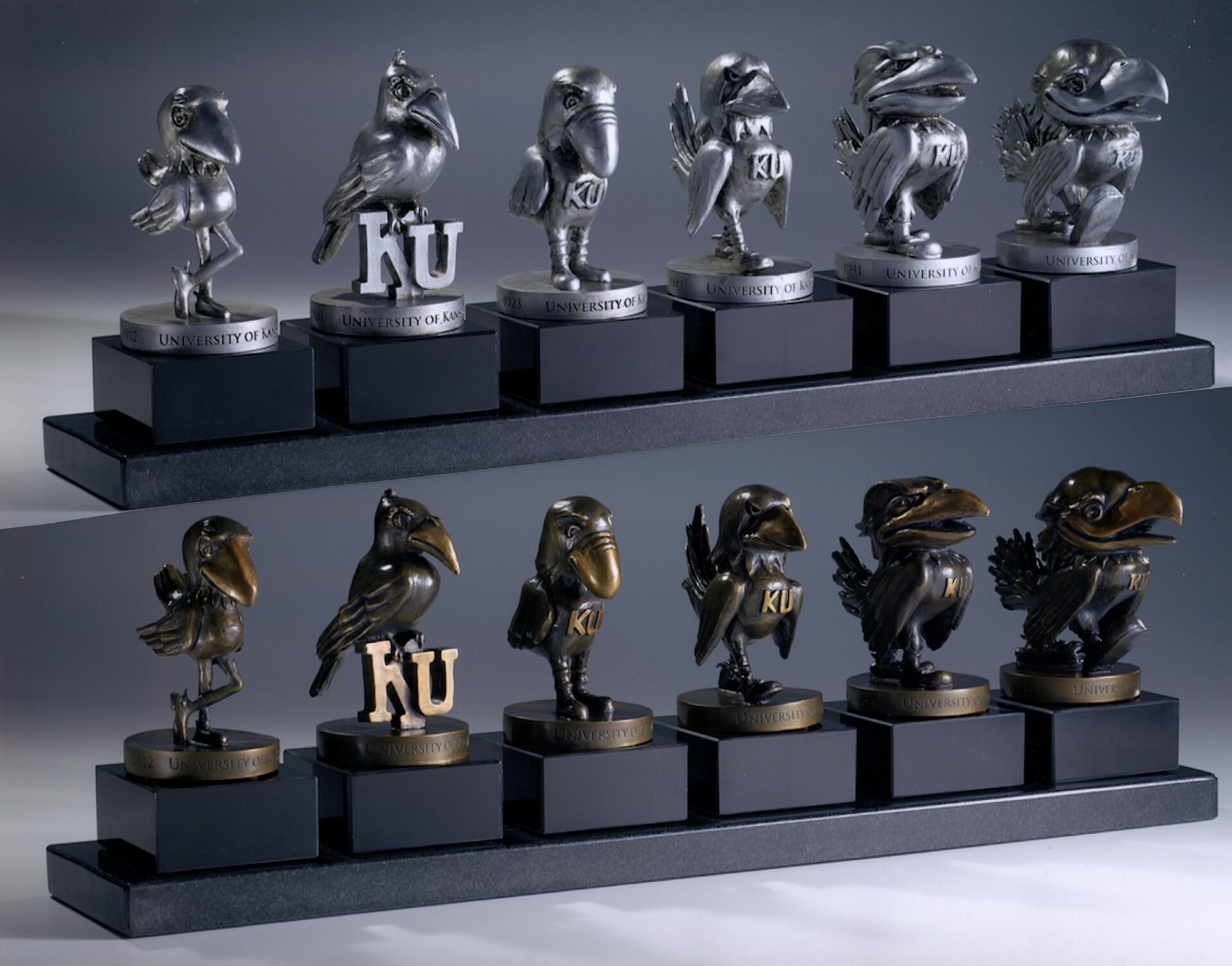 When people visit Kansas, they’re sometimes surprised to see that there aren’t actually Jayhawks flying around everywhere. There is a good reason for that: Jayhawks are mythical birds, not real ones. Nevertheless, that doesn’t mean that the Kansas Jayhawk hasn’t played an important role in the state over the years. The bird, which is the official mascot of the University of Kansas, has a long and storied history that stretches back all the way to the mid-1800s. Here are some things you should know about the bird’s history.

There is a lot of mystery surrounding the Jayhawk’s origin.

As mentioned, the Jayhawk’s history seems to stretch back to the 1840s or 1850s. But it’s a little bit unclear who exactly came up with the idea of the Jayhawk in the first place. What’s not unclear, though, is how the bird got its name. The name of the Jayhawk combines the names of two real birds that most people are familiar with—the blue jay and the sparrow hawk.

“Jayhawk” is a term that a rebellious group of Kansas residents adopted.

Throughout the 1850s, there was a lot of turmoil among those in Kansas with regards to whether or not the state would allow slavery to remain legalized. A group of Kansas residents adopted the “Jayhawk” name and helped fight to turn Kansas into a place where slavery would be outlawed. Lawrence, Kansas—the city that would later serve as the home to the University of Kansas—was one of the main places were the Jayhawks set up shop.

The University of Kansas eventually decided to use the Jayhawk as their official mascot.

The state of Kansas and, more specifically, those in the state who fought for Kansas to become a free state became synonymous with the Jayhawk throughout the Civil War. So when the University of Kansas was trying to come up with a mascot towards the end of the 1800s, it was only right that they use the Jayhawk. KU sports teams have been known as the “Jayhawks” ever since.

Are you interested in getting your hands on University of Kansas sports memorabilia that features the Jayhawk front and center? Framewoods Gallery is the leading source of authentic KU memorabilia. Take a look around at the different memorabilia that we have to offer. Call us at 800-399-5199 if you have any questions.