Could Danny Manning Be Coming Back to Kansas? - Framewoods Gallery 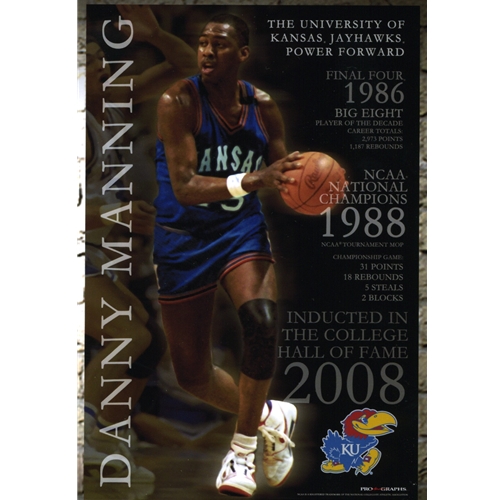 If you were around in 1988, you might remember Danny Manning. He led the Jayhawks to their 1988 NCAA title. Kansas scored a 83–79 victory over Oklahoma in the 1988 NCAA Final where Manning recorded 31 points, 18 rebounds, 5 steals, and 2 blocked shots. The 1988 Kansas team was nicknamed “Danny and the Miracles” and Manning was honored as the Most Ouststanding Player in the tournament. A two-time All American while at KU, Manning was later named the Big Eight Player of the Decade. He left KU as its all-time leading scorer and rebounder. Kansas retired his famous #25 in 1992.

Fast forward to today, in 2021… Could Danny Manning become the next Jayhawks’ athletic director? It’s possible. He has experience as a coach, in student/athlete development, in operations, as well as in relationship building– all good things when KU considers a candidate for the job of athletics director.

Manning, who has been working for ESPN, recently told the public he’d absolutely consider taking the job. He’d be a good fit, too. He played in the NBA for 15 years and worked for current KU coach Bill Self. He has experience coaching teams at Tulsa and Wake Forest.

If or when Danny Manning was hired by KU, in any capacity, it would definitely be a positive for the school. He is a “favored son,” who could make his own triumphant comeback, this time in a new role at the school.

Did you know Framewoods Gallery sells several Danny Manning items, including a signed tribute poster? Check these items out.

Framewoods Gallery is your “go-to” place for KU memorabilia. Please call 1-800-399-5199 with any questions you might have, or to inquire about ordering various items you see for sale online via the Framewoods Gallery website.