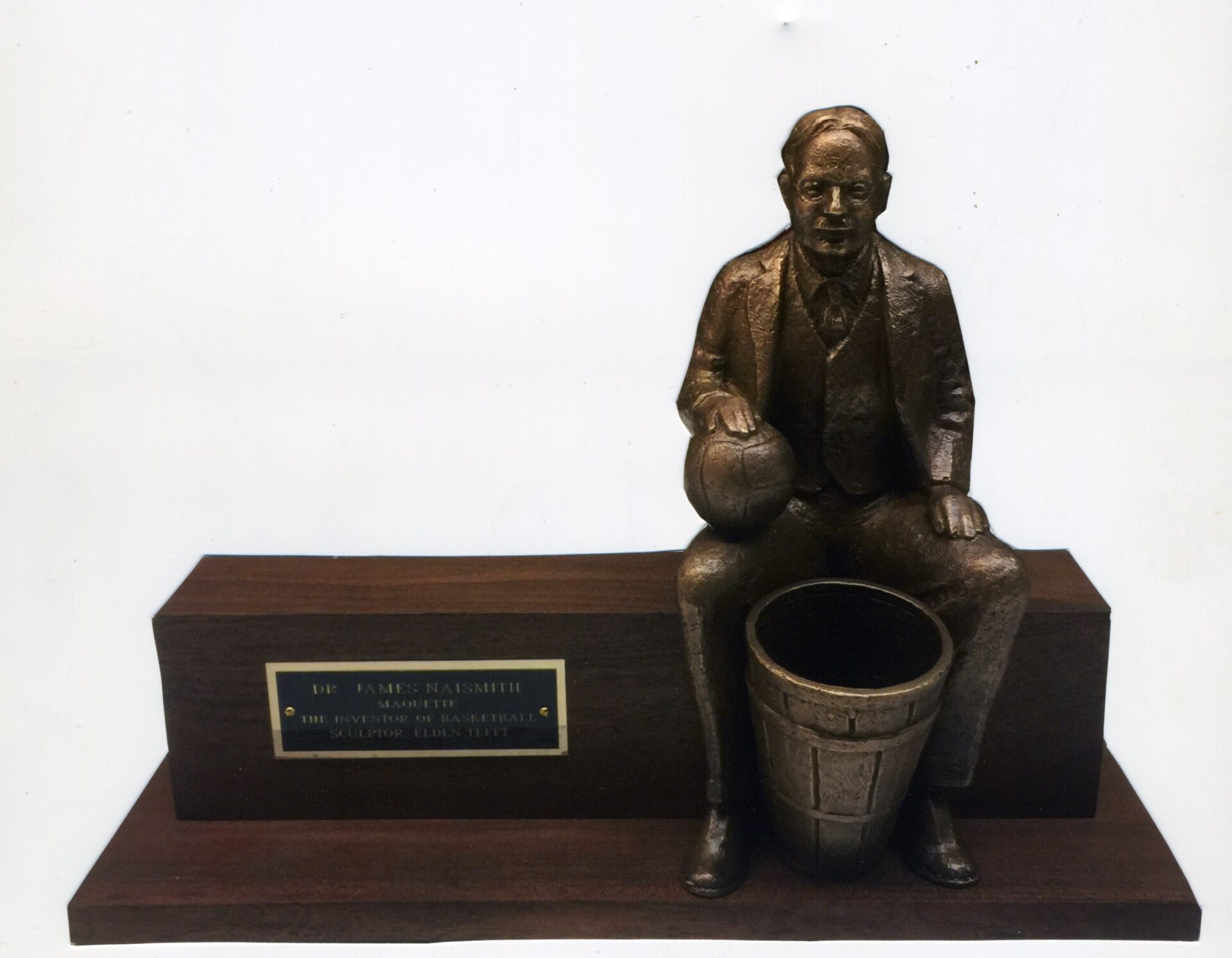 One of the most unique items Framewoods Gallery sells is the James Naismith Bronze Maquette. It’s a 12-inch tall bronze replica of James Naismith’s statue located at the Allen Fieldhouse on the campus of the University of Kansas in Lawrence. By the way, if you’re not familiar with the word “maquette,” it’s defined as a sculptor’s small preliminary model or sketch.

For those of you who don’t know, James Naismith is the man who invented basketball. He was born in 1861 in Ontario, Canada, and orphaned by the age of 9. Raised by his uncle, Naismith eventually earned a bachelor’s degree in physical education and taught physed at McGill University in Canada for a spell.

Later in life, Naismith moved to Massachusetts where he taught at the YMCA International Training College in Springfield. While there, he was told he needed to develop an indoor game to capture the interest of students who had to stay indoors during the long, cold winter. And guess what… He invented basketball in 1891, at the age of 30. The first version of the game used peach baskets as goals!

Naismith married and had several children. He moved the family to Denver, Colorado, and later ended up in Lawrence, Kansas, where he retired from the University of Kansas in 1937. He died in Lawrence in 1939. His influence in the world of sports lives on, and Framewoods Gallery is happy to honor him by selling the unique James Naismith Bronze Maquette– see it here. Framewoods also offers a photo of Naismith and his original rules of the game here.

These are wonderful collectors’ pieces. Those who collect University of Kansas-related memorabilia will definitely want to consider adding a Naismith piece to their collection.