How Can You Tell if Sports Memorabilia is Real or Fake? - Framewoods Gallery 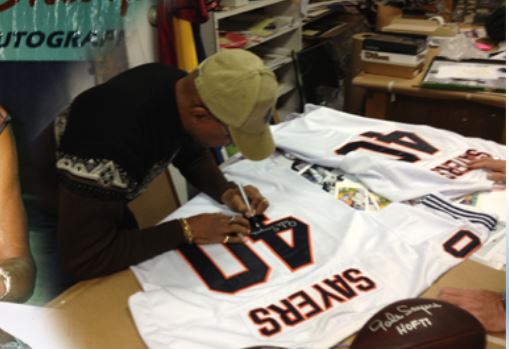 Sports memorabilia collecting hasn’t been around that long… the first collectibles were from the early 20th century when baseball fans would collect balls from the games they’d attend. Fans would then seek out players, asking them to autograph the baseballs. In the 1980s, the four major professional leagues in the U.S. started selling jerseys in retail stores– and autographed jerseys became a popular collectible.

Interestingly, there’s no organization that protects buyers from buying non-authentic memorabilia. Many consumers have been duped out of their hard-earned money from unscrupulous sellers at places like flea markets.

So how can you tell if sports memorabilia is real or fake? For starters, knowledge is power. You should do research on the item or items you’re interested in– studying the market and the dealers involved. Buy from respected and reputable dealers who’ve gotten positive reviews both online and in real life. Look for “authenticity guarantees” as well as certificates that support authentication.

When dealing with sellers, if they withhold info from you, don’t trust them. They should be open and honest with you, and answer your questions. If they seem like they’re lying to you, they probably are. If something seems too good to be true, it probably is. Think with your head more than your heart– don’t let emotions push you into buying an expensive item that “might” be real.